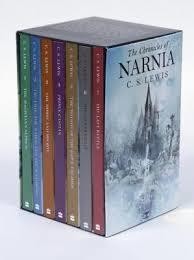 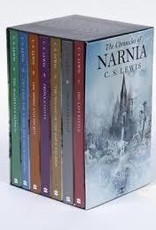 Enjoy The Chronicles of Narnia in its entirety with this paperback box set, containing the mass market editions of C. S. Lewis's classic fantasy series.

C. S. Lewis's The Chronicles of Narnia has captivated readers of all ages for over sixty years, enchanting them with fantastical talking creatures, epic battles between good and evil, and magical doorways into new lands.

This box set includes all seven titles in The Chronicles of Narnia—The Magician's Nephew; The Lion, the Witch and the Wardrobe; The Horse and His Boy; Prince Caspian; The Voyage of the Dawn Treader; The Silver Chair; and The Last Battle—with the original black-and-white interior illustrations by Pauline Baynes and cover art by Cliff Nielsen.