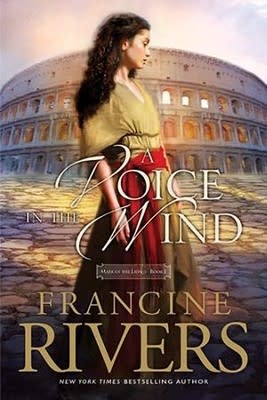 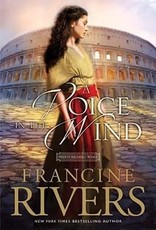 Book 1 in the 3-book historical Christian fiction series by the New York Times bestselling author of Redeeming Love and The Masterpiece.

The first book in the beloved Mark of the Lion series, A Voice in the Wind brings readers back to the first century and introduces them to a character they will never forget―Hadassah.

While wealthy Roman citizens indulge their every whim, Jews and barbarians are bought and sold as slaves and gladiators in the bloodthirsty arena. Amid the depravity around her, a young Jewish slave girl becomes a light in the darkness. Even as she’s torn by her love for a handsome aristocrat, Hadassah clings to her faith in the living God for deliverance from the forces of a decadent empire.