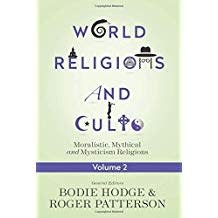 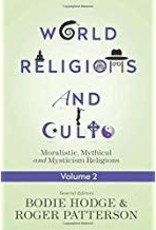 The final book in this powerful series focuses on the shocking influence of atheistic and humanistic religions, including Agnosticism, Nazism, Scientology, Communism, and Naturalistic Religions!

The information within this volume is so valuable for the Church in the Western World where anti-God and pro-evolution religions are expanding rapidly. Written to refute those religions and show how they fail, unlike most books on world religions, this title dives into the secular nature of these false doctrines and shows:

This book starts with God’s Word as the absolute authority. In doing so, God becomes our guide to refute false religions, and highlights the true power of His Word. Ultimately, there are only two religions in the world: God’s true religion and the religions of man. All of man’s religions are simply variations of humanism in its broadest sense.